For those of you that utilize Extender to track extra fields, you will love the enhancements available in Darwin 10.0.

If you are unfamiliar with Extender, this Microsoft tool allows you to add unlimited windows and fields to any screen within Darwin - including fields for emails, files, phone numbers, text fields, lookups to existing tables, lists, etc.  All these fields become part of the Reminders and Reporting systems native to Darwin.

In Darwin 9.0, you were required to link these windows to existing forms within the system, creating a one to one relationship.  With Darwin 10 these limitations have been removed. 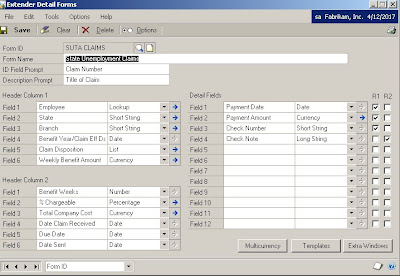 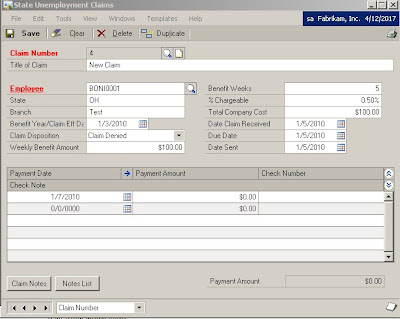 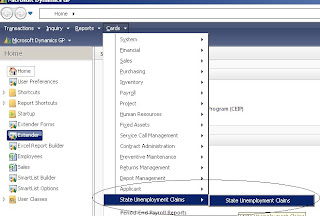 2.  Extender Windows that are added directly to existing Forms are now part of that Form's native menu structure:

Microsoft has released a bunch of free accelerators that attach to CRM to enhance the product.  One of the best add-ins, that has since become a standard part of CRM, is the Mobile Express tool.  It works seemlessly with native and customized data in CRM - including data managed by the Darwin Integration.  This allows all information tracked in CRM to be viewed realtime on virtually any device that can connect to the internet, specifically any Smartphones.

Then you will see you have all entities, including items like Darwin Invoices, Checks, Clients, Employees etc to choose. 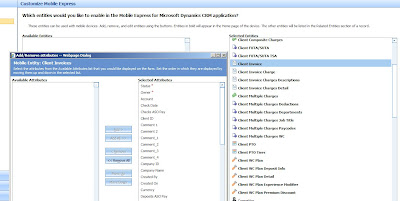 By choosing an entity, such as Client Invoice on the left, you can decide what specific attributes will be available for a mobile device - whether it is a Windows Mobile Device, Blackberry or iPhone.


A Darwin Invoice as seen on an iPhone: 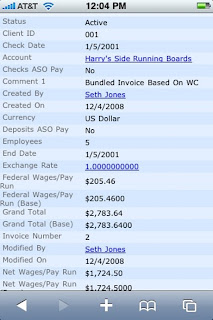 Posted by Tom Allman at 2:35 PM No comments:

Darwin 10 is right around the corner, coming this summer!  In addition to new functionality we will be adding, Microsoft has enabled some very cool new features.

- Mini-Application Builder - Through Extender, independent mini-applications to track any data can be built right within Darwin, no developer experience needed - all can be done by the end user.

- Expanded Web Services -More options for customizable live integration with the web, allowing more exposure of data to your customers on the web

As we get closer, I'll post examples of the new functionality.
Posted by Tom Allman at 6:37 AM No comments:

I would like to open this blog to say how excited we are about our new Microsoft Dynamics CRM Integration.  If you aren't familiar with Dynamics CRM, it is an excellent Workflow, Sales, Customer Service and Marketing Tool that enables users to see the true 360 degree view of a client from Lead to Client to Termination.

The Workflow engine is integrated with the Darwin back office, to see it in action visit:

http://www.thinkwareinc.com/products/darwin.html and choose View Our Product Demos.
Posted by Tom Allman at 7:41 AM No comments: